Nandamuri Balakrishna an Energetic hero and the son of great actor Nandamuri Taraka Ramarao. Balakrishna fans call him as a Balayya babu… Balayya was born on 10th June 1960 in Madras constituency. Another, he got married to Vasundhara Devi in 1982.

He completed his graduation on B.com at Nizam College in Hyderabad. he made his debut in 1974 with the ﬁlm as a child artist named “Tatamma Kala” along with his Father. He received 3 Andhra Pradesh state Nandi Awards for Best Actor for the film Narasimha Naidu in 2001.

He entered the ﬁlm industry as a child artist at the age of 14 with the ﬁlm Tatamma Kala. In the mid-1980s, he graduated to acting in the lead role and soon became one of the sought-after actors in Telugu cinema. In his ﬁlm career, spanning 43 years he has acted in over ninety-eight ﬁlms, in a variety of roles. 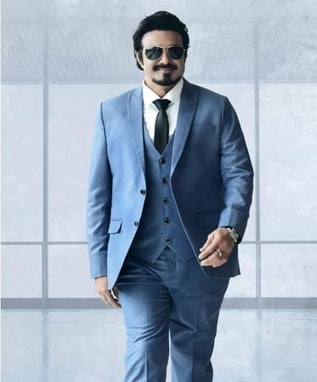