NTPC Limited, popularly and formerly known as National Thermal Power Corporation Limited, which is an Indian Public Sector company engaged in the generation of electricity and its related allied activities. NTPC is a Thermal Power company incorporated under the Companies Act 1956. It was promoted by Government of India.

Here is Everything About NTPC Limited

The company NTPC is headquartered in the New Delhi. It works for the generation and scaling of electricity to state-owned power distribution companies and State Electricity Boards in India. It undertakes the turnkey and consultancy contract projects of project management, construction management, management of power plants. 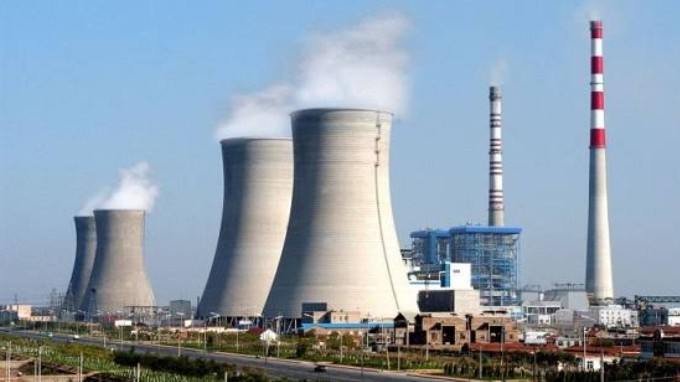 NTPC is formed in the year 7 November 1975 which mean a 44 years ago at New Delhi as a name of National Thermal Power Corporation Private Limited. NTPC is the India’s largest energy serving agency with roots planted in 1975 to accelerate power development in India. it is established itself as the dominant power major with presence in the entire value chain of the power generation business.

To strengthen NTPC core business, the corporation has diversified into the fields of consultancy, power trading, training of power professionals, rural electrification, ash utilization and coal mining as well.

NTPC Journey from 1975 to present and Projects undertaken

On 1976 it undertaken its first thermal project at Shaktinagar and it is popularly named out as National Thermal Power Corporation Private Limited Singrauli at Uttar Pradesh. The project gets completed on 1980.

After completion of UP project, the NTPC began its regular commercial operations of selling generated power. By this it earned INR 4.5 crores in FY 1982-83.

In the year of 1986 NTPC was completely synchronized its first 500 MW unit at Singrauli.

In the year 1988, it was commissioned two 500 MW units, each one in Rihand and Ramagundam at Telangana.

In the 1989, it started a consultancy division at New Delhi.

In the year 1995, NTPC took over Talcher Thermal Power Station from Orissa State Electricity Board.

In the year 1997, Government of India conferred NTPC as with “Navratna” status. Also, it achieved milestone of generation of 100 billion units of electricity in the same year.

In the year 1998, it commissioned its first naptha-based plant at Kayamkulam which is having a capacity of 350 MW.

In the year 2000, it commenced with the construction of its first hydro-electric power project which consists of 800 MW capacity, in Himachal Pradesh.

In 2002, it is incorporated with 3 subsidiary companies named as

“NTPC Electric Supply Company Limited” for forward integration by entering into the business of distribution and trading of power.

“NTPC Hydro Limited” to carry out the business of implementing and operating small and medium hydro-power projects.

In the year 2006, it is entered into an agreement with Government of Sri Lanka to set up two units of 250 MW each in Trincomalee at Sri Lanka. During 2008 and 2011, NTPC entered into Joint Ventures with BHEL, Bharat Forge, NHPC, Coal India, SAIL, NMDC and NPCIL to expand its business of power generation. NTPC operates from 55 locations in India and one is located at Sri Lanka and 2 are located at Bangladesh. In India only it has 8 regional headquarters totally.

Board of Directors of NTPC

Where is NTPC in India?

There are 1o biggest thermal power stations operating in India are all coal-fired, with five of them owned and operated by state-run National Thermal Power Corporation (NTPC). Those are

What is the role of NTPC?

NTPC is the power generation capital of India known as National Thermal Power Corporation limited. NTPC is a public sector company was incorporated in the year 1975. it accelerates power development in the country as a wholly owned company of the Government of India. Working at NTPC, Is it Good?

National Thermal Power Corporation, NTPC a Public sector company known as one of the NAVARATNA. This PSU is an India’s largest power generation company and one of the top most public sector company of India. Working in NTPC is a boon because it is a secured government company. It has an excellent work culture and the management is very supportive. It is a 5-day working in a week. It has an opportunity for all branches of Engineering. Nice Salary benefit and a secured job.

What is a Thermal power station?

A Thermal power station is a power station in which here the heat energy is converted to electric power by using stream or water or any other. In most places the heat is generated by the turbine in steam-driven. Water is heated, turns into steam and spins a steam turbine which drives an electrical generator. Steam power generation is kind of power generation method that takes advantage of the expansive power of steams.

Types of jobs available in NTPC

What is the Full Form of NTPC?

The Full Form of NTPC is National Thermal Power Corporation.