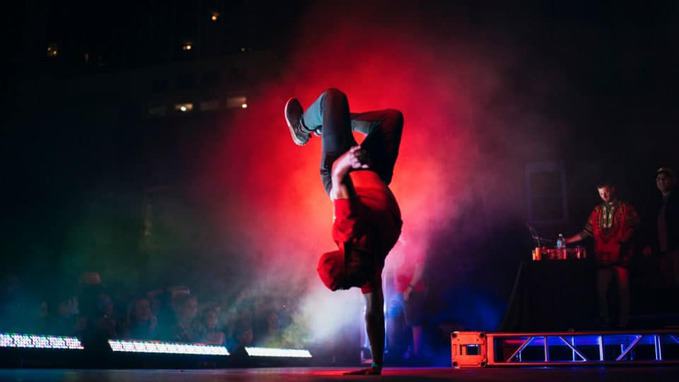 Here are Top 10 Dancers on the Planet

Movements that steal hearts away! Dance is defined as a series of steps and movements that match the speed and rhythm of a piece of music, but it is so much more than that. Dance is an art used by individuals to express themselves using the appropriate music pieces and routines. Dance to some is a hobby and for some it is their complete life.

Dancers are not just performing artists; their bodies are also the instruments through which the art is created. Nearly all professional dancers start training at a young age in order to shape and develop their bodies correctly. With a history of bruised legs and rejection, here’s the list of the world’s top 10 dancers in no particular order.

No Time to Read? Watch Video 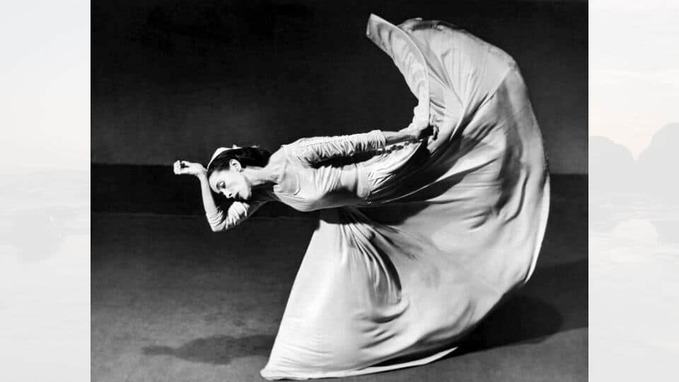 Martha Graham who was one the great American artists of the 20 th century, choreographed and danced for 70 years. She invented a new language of movement and used it to reveal the passion, rage and ecstasy common to human experience. She started traditions that are still used in modern dance today. They include expressive movements of the body to tell a dramatic story, special music, lighting, stage design and costumes. 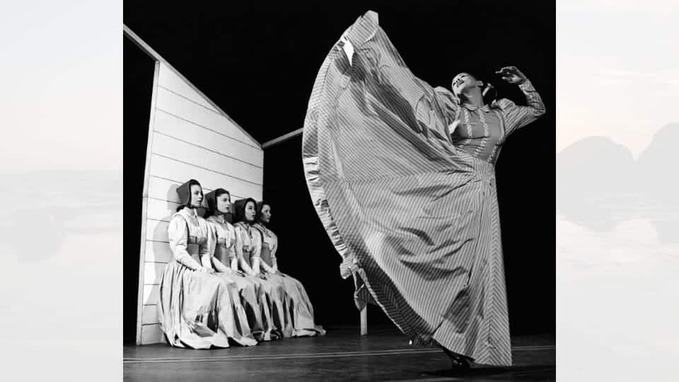 Born in 1894, Martha Graham began working as a choreographer and dancer as the Great Depression cloaked the United States in darkness, as the Spanish Civil War showed that physical force and not moral fortitude, can win the war and as World War II plunged all corners of the globe into a mess of blood and shrapnel. Graham, unlike other influential artists of her time, absorbed these conflicts and drew them out in her chosen art. She was the first dancer ever to perform at the White House and receive the highest civilian award aka the Medal of Freedom and the first to tour abroad as a cultural ambassador. 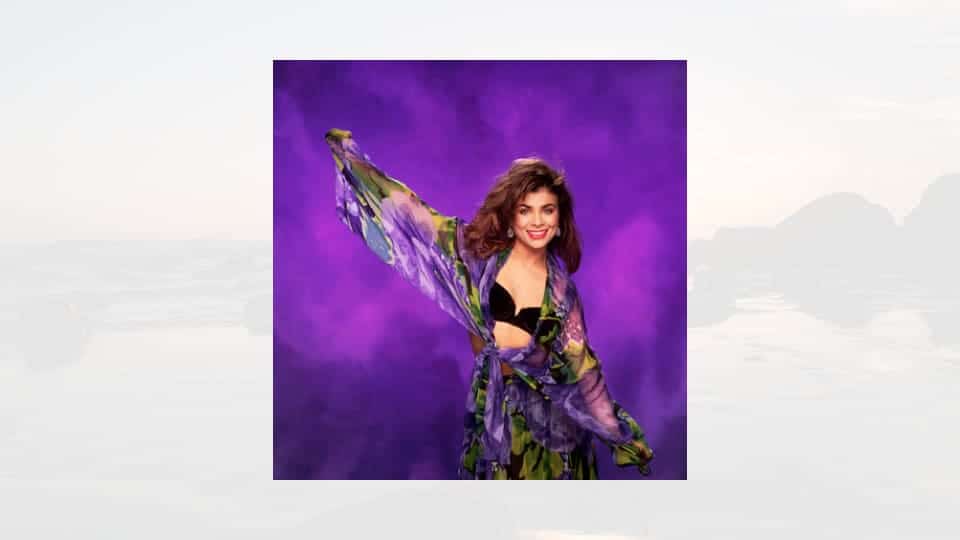 Paula is an American singer-songwriter, dancer, choreographer, actress and television personality. In the 1980s, Abdul rose from cheerleader for the Los Angeles Lakers to highly sought-after choreographer at the height of the music video era before scoring a string of pop music-R&B hits in the late-1980s and early-1990s.

Her six number one singles on the Billboard Hot 100 tie her for fifth among the female solo performers who have reached on the top of that list, She won a Grammy for ‘Best Music Video – Short Form’ for ‘Opposites Attract’ and twice won the ‘Primetime Emmy Award for Outstanding Choreography’. 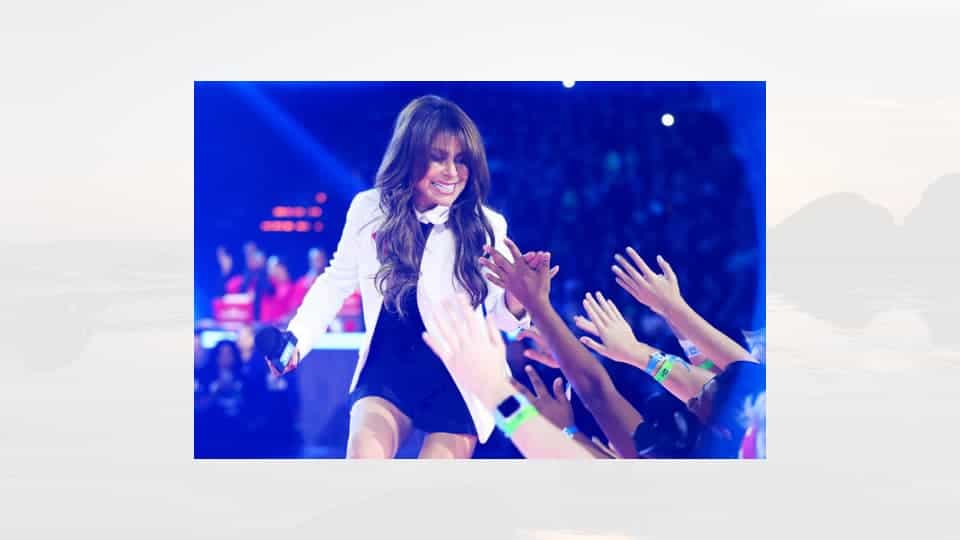 After her initial period of success, she suffered a series of setbacks in her professional and personal life, until she found renewed fame and success in the 2000s as a judge on the television series, American Idol, for eight years, before departing from the show. She then appeared as one of the judges in the American version of The X Factor which premiered in September 2011, and recently went back on tour for the first time in 20 years in 2018. 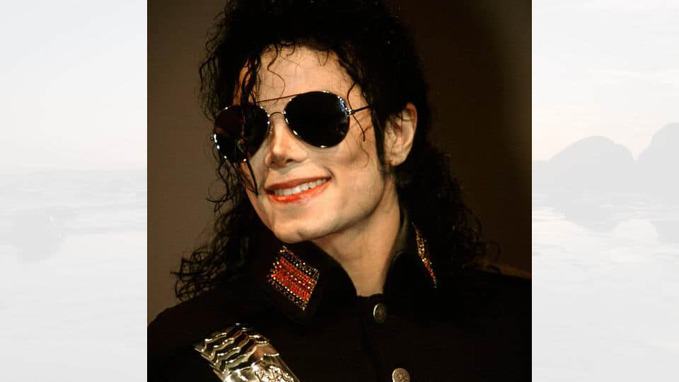 Dubbed the King of Pop, he is regarded as one of the most significant cultural figures of the 20 th century and one of the world’s greatest dancers. When the world saw Michael Jackson do the moonwalk for the first time, it was in a live solo performance of ‘Billie Jean’, following NBC’s celebration of 25 years of Motown. The move, though, was already popular among West Coast street dancers. 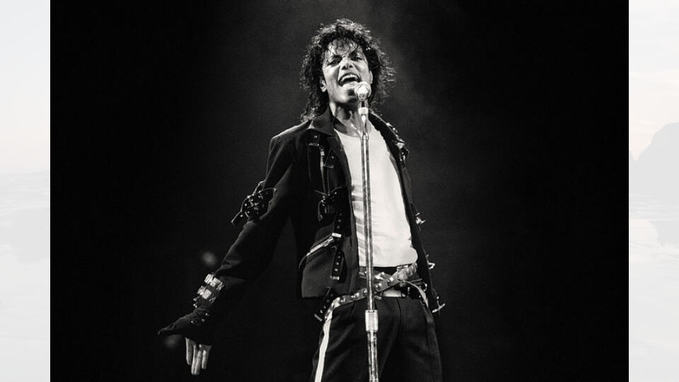 By doing the walk on the national television stage in 1983, Jackson was able to popularize the move in a way that street dancing groups could not. By the time the song ‘Smooth Criminal’ came along in 1988, Jackson’s ability to tell a story in dance hit a high mark. His style deeply influenced his sister Janet Jackson, as well as much later stars who relied on dance, from Britney Spears to Beyoncé.

Son of Sundaram master who is a National Award-winning choreographer in the South Indian film industry, Prabhu Deva began was first seen in a song in Mani Ratnam’s ‘Mouna Ragam’. He then moved up to being a background dancer before starting to choreograph for movies. After that, he has choreographed routines performed in more than 100 films, some of which he also directed. 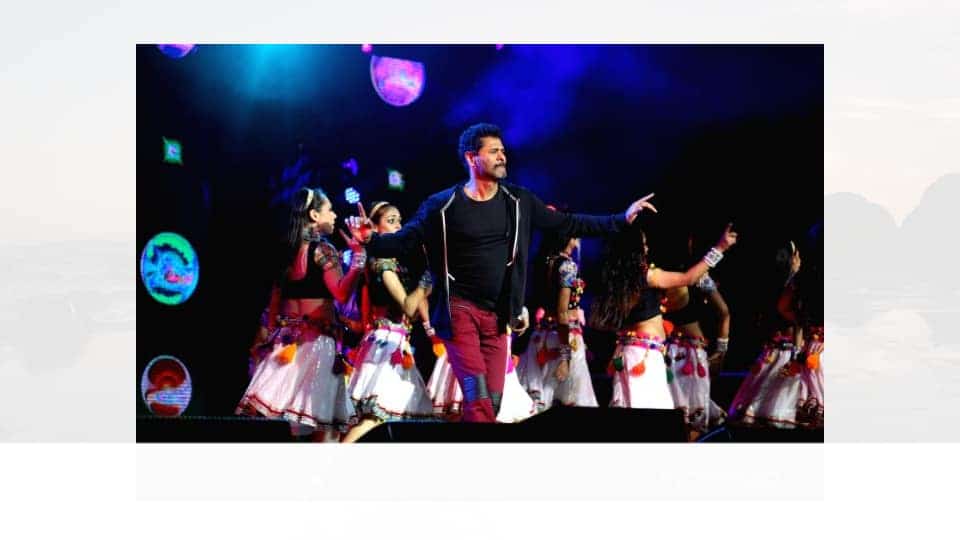 He is known to infuse the style of Michael Jackson with as the Indians call it, ‘masala’. His footwork is an art in itself that has been captured beautifully in many songs. His inspiration, when he started out, was the Jackson, which is palpable in songs such as ‘Muqala Muqabala’ and ‘Que Sera Sera’.

The man who considers dance his wife, his woman, Joaquín Pedraja Reyes-Cortés moved to Madrid where he began his training as a dancer. He joined the Spanish National Ballet, at the young age of 15. In 1990, he began his solo career and since then, he has worked with various companies and productions as a guest artist and choreographer.

In 1992, he set up his own company and presented his first production entitled ‘Cibayí’. In 1999, Joaquín partnered up with the choreographer Debbie Allen and took part in the Oscar awards ceremony. Cortés focus shifted from dancing to choreography and artistic direction, in the beginning of the 21 st century. Even at the age of 50, he continues to dance, which proves the living legend’s love for his skill. 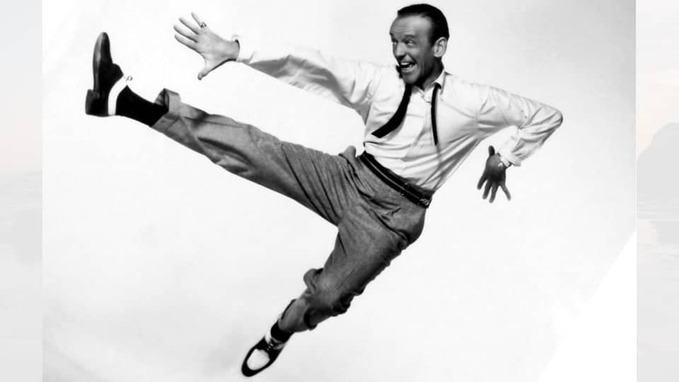 He and is sister Adele, who was a natural performer, were trained to become a brother-sister act off the sort then common on the New York vaudeville stage. Their act was a hit and they appeared on Broadway from 1917.

Fred later got into the film industry, though with quite a struggle. In these films, Astaire had almost complete control over the dances. For a star to have control over his own part was unheard of in those days, when stars could not even pick their own projects because of the confines of the studio system. 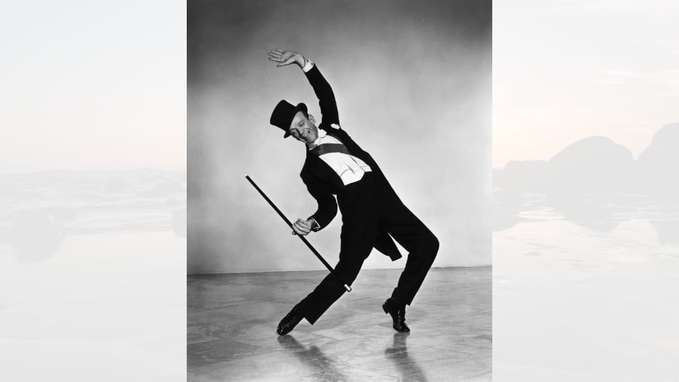 He choreographed his own numbers in all forms of dance, from ballroom to tap. Fred Astaire termed his style of dance ‘outlaw style’, and in a way it was. In a time when African-American culture was still far outside the mainstream, Astaire worked with Bojangles Robinson and other celebrated African-American artists, incorporating the traditionally African- American soft-shoe and shuffle into his routines. 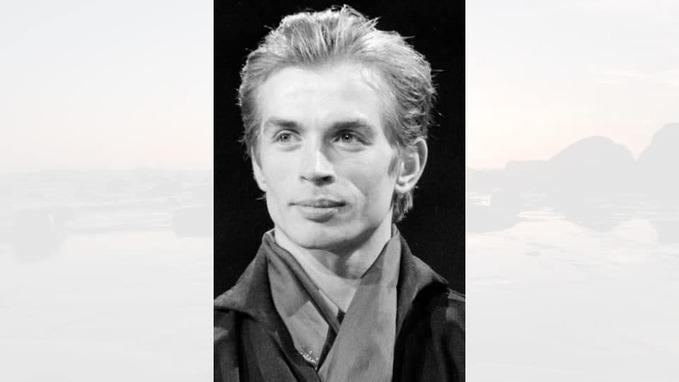 Rudolf took a life changing decision when he was merely 6. Even in his early years of life, he devoted himself fully to his art. He was talent-spotted and immediately admitted as a soloist to, then known as the Kirov Theater of Opera and Ballet Company and danced there till ‘77. His first role in ‘Swan Lake’ on the famous stage earned him unprecedented public affection. 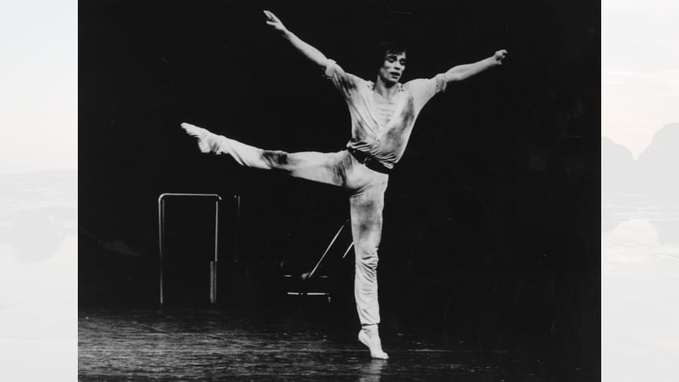 At the same time, he was offered many other opportunities, in some cases choreographing productions. In 1983, Nureyev was offered to head the Paris Opera Ballet. He brought a new vision to the ballet form, staging both classical and experimental productions and nurturing several young stars. 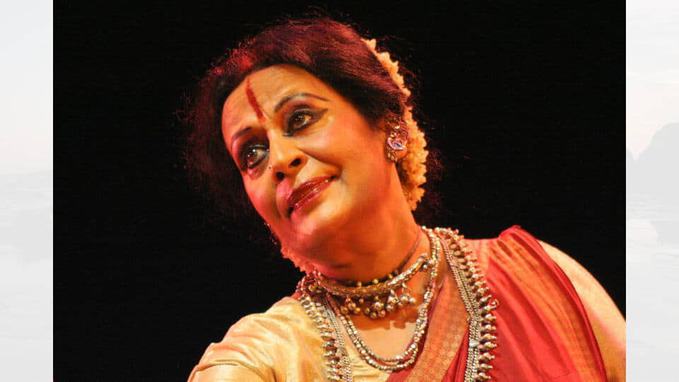 Classical dance-forms of India, Bharatanatyam and Odissi, have found their most eloquent and convincing voice in the ‘Diva of Indian Dance’. Sonal founded The Centre for Indian Classical Dances in Delhi in ’77, where classes are given in Bharatanatyam, Odissi, classical and light music and yoga. Sonal’s ever vibrant creativity has yielded new dimensions to the set repertories, latest being the ‘Naatya-Katha’. 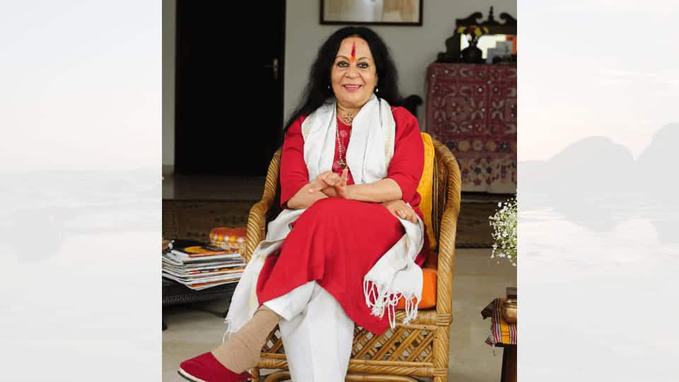 This is the ancient form of story-telling which Sonal has embellished with her own singing, narrative skills combined with abhinaya. No dancer in living memory has presented this art-form, so it isn’t surprising that Sonal has been honored with the Padma Vibhushan and other prestigious awards. 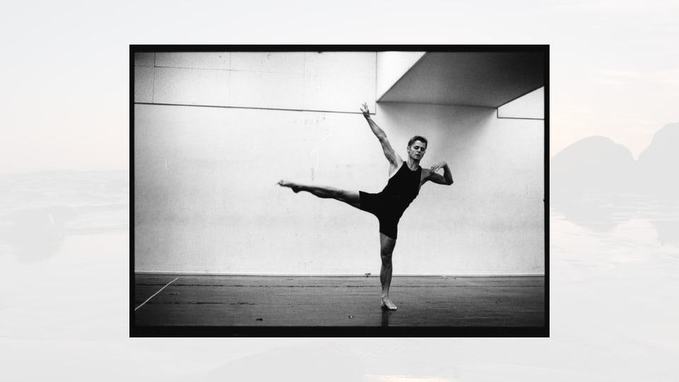 Mikhail landed his first major honor in 1966, winning a gold medal at the Varna, Bulgaria Dance Competition, and another gold medal at the First International Ballet Competition in Moscow in 1969. Dazzling audiences with his astounding physical and technical skills as well as his emotional expressiveness, Baryshnikov’s fame quickly grew. 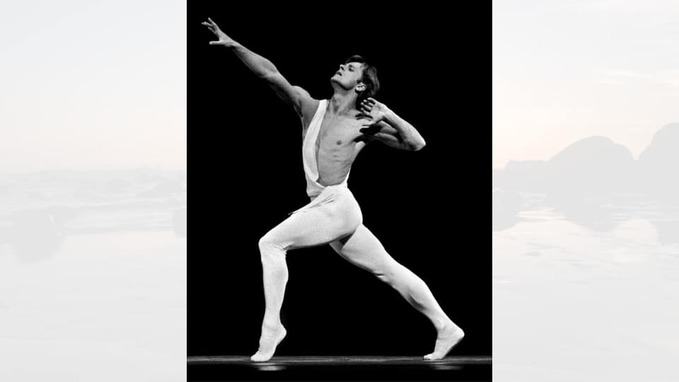 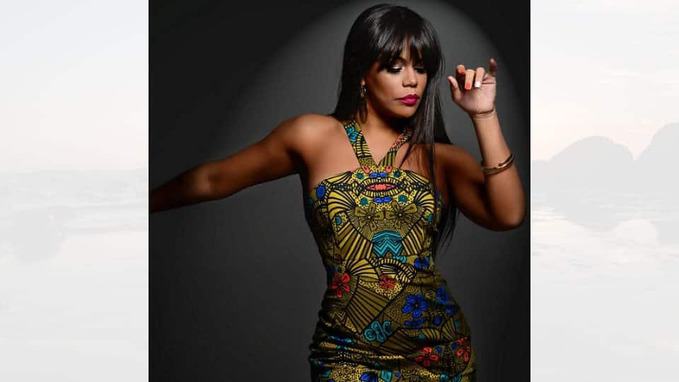 One of the world’s most recognized and decorated salsa artists, the ‘Mambo Diva’ says that dance was a part of her culture. From an early age, Griselle started conquering many stages and hearts. She has toured the world extensively nationally and internationally while performing and teaching salsa in cities and countries such as Germany, Korea, the United Kingdom, Argentina, and Mexico. Soon, Frankie Negron called her up to be a backup dancer.

Ponce, who exudes grace, beauty and charisma has also appeared in many magazines such as Nutrivida and GQ, The Source and Latin Vibe. She has also featured in music videos with Jennifer Lopez, Kinito Mendez & Don Omar.

Also Read: History Of Journalism In India, The Emergence of Radio, Television and The Internet