Vikram Sarabhai Space Centre abbreviated as the VSSC is one of the major research centres under the Indian Space Research Organization.  It is formed under the Name of the great scientist Vikram Sarabhai. VSSC is located at the Thiruvananthapuram area of Kerala. It focuses on the Space vehicles for Indian Satellites.

Everything About Vikram Sarabhai Space Centre

Thumba Equatorial Rocket Launching Station (TERLS) , Why it is Renamed?

Chitnis first the place is selected as Thumba as it was very close to the magnetic equator of the earth, making it an ideal location for scientists because of to conduct upper atmosphere, low-altitude, and ionosphere studies of the earth. Also, the major condition is to see the rocket launching very close to the center that takes off satellites. The Indian soil that has a dream of launching satellites from its own space. Therefore, after a long time it came true. At Kerala space centre scientists see the launches by standing on the beach. The VSSC has grown into a giant complex to become the major Technological base of the ISRO. The manpower in VSSC was less than dozen in the beginning has grown over the years, to the present strength of over 5000 engineers, scientists and other supporting staff.

Today VSSC stands as the largest centre of all ISRO units and is charged with the responsibility of developing sounding rockets, launch vehicles and certain technologies associated with spacecraft. The centre discharges this responsibility by a two prolonged approach:

(a) available industrial infrastructure in the country and

(b) expertise available with the academic and research institutions. 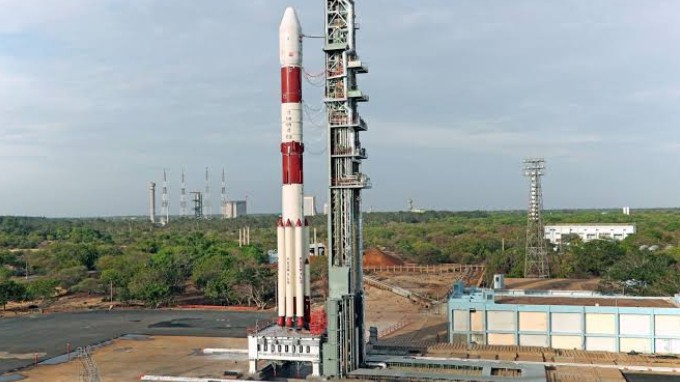 To carry out R&D in rocketry, the centre is divided into many entities, groups and divisions dealing with Aerospace dynamics, Avionics, Propellants & Chemicals, Propulsion, System reliability, Computer and Information, Mechanical Engineering, Composites, Materials, Programme Planning and Evaluation and Administration. Library is an important part of the information system in any R&D organization. So, it may be more appropriate, at this stage, to explain the background and status of the VSSC library used by the Space Technologists. The VSSC library had a very modest beginning in 1964 when it started at the Bishop’s house in Thumba. There were only about 1000 documents and a tiny reading room.

Later in 1969, it was shifted to its present location on the Veli hills, where it saw fast growth in size (now spread over 4250 square meters), staff-strength and readership, keeping pace with the other technological advancements in the centre and now become a major technical library in India with unique resources in the multidisciplinary areas of space science and technology.

It caters to the information needs of scientific and technical personnel of VSSC, LPSC and IISU for their R&D activities, Projects, and Facilities. This Library has been attracting academic community from Thiruvananthapuram and adjacent towns. All the Library services are extended through the Branch Library located at IISU Complex (Vattiyoorkavu) and Documentation Cells, PSLV/ MVIT (Valiamala Complex).

Major centres of ISRO in India

The design and development activities of satellite launch vehicles and sounding rockets are carried out and made ready for launch operations.

IIRS is a premier education, training and research institute for capacity building in the field of Remote Sensing, Geo-information, positioning & navigation technology.

Antrix Corporation Limited was incorporated as a private limited company owned by Government of India, in September 1992 as a Marketing arm of Indian Space Research Organization (ISRO).

Laboratory for Electro Optics Systems is engaged in design, development and production of Electro-Optic sensors and camera optics for satellites and launch vehicles.

The Development and Educational Communication Unit (DECU) is situated at Ahmedabad of India. It is purely dedicated for realizing satellite communication based societal applications in the country.

SHAR is situated at Sriharikota of Nellore at Andhra Pradesh.  The major Spaceport of India is responsible for providing Launch Base Infrastructure for the Indian Space Programme.

How to get a Job at VSCC

Sri. S. Somnath is a present “Distinguished Scientist” and a grade officer and currently the Director of Vikram Sarabhai Space Centre (VSSC), Thiruvananthapuram, the lead Centre responsible for all launch vehicle programs of ISRO.

The Vikram Sarabhai Space Research Centre is responsible for the launching of Satellites and Spacecrafts.

Also Read: Everything About Mee Bhoomi