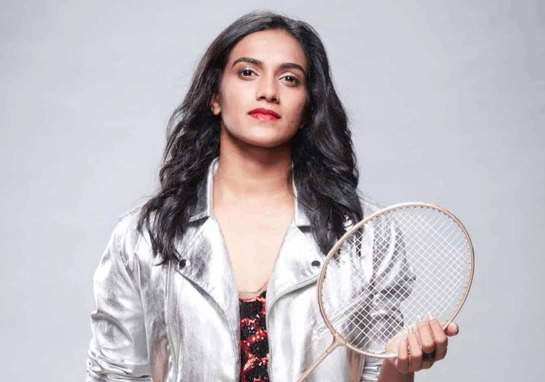 PV Sindhu aka Pusarla Venkata Sindhu… The first Indian women to won the silver medal in Olympics. She is an ace shuttler, won a silver medal in Rio Summer Olympics 2016. Sindhu is one of the youngest and talented badminton players of the contemporary times. Also, she has featured in top 2 in the BWF world rankings for the most part of 2019. 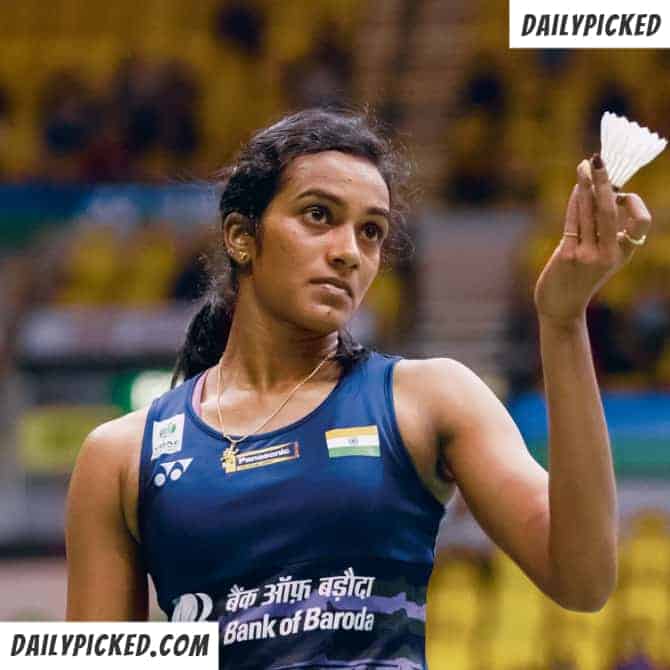 A 24 year young Sindhu was born in July 5th 1995 at Andhra Pradesh to P.V Ramana and P. Vijaya. Both of her parents were national level players in volleyball. P.V Ramana was a member of national volleyball team and received a bronze medal in Asian games in the year 1986. For his interest and contribution to the sports he received Arjuna award in the year 2000.

When we watch Sindhu hitting those speedy strokes and cross-court returns, we might not realize that the same person once thought of becoming a doctor. The inspiration behind this was Sindhu’s elder sister PV Divya, a national-level handball player who gave up the sport to pursue medicine. They encourage Sindhu to concentrate in sports rather than in studies. She has interest in sports but in Badminton not in Volleyball. 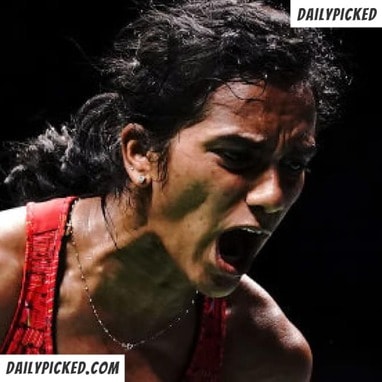 Sindhu started playing badminton at the age of 8 and learned basics of playing badminton at Mehbbobali at the court of Indian railway institute of signal engineering and telecommunication located at Secunderabad. She was inspired by the success of Pullela Gopichand at a young age.

Little did she know that Gopichand would become her coach in two years and take her to an Olympic medal victory. Pullela Gopichand victory at the 2001 All England Open Badminton Championships, the world’s oldest annual badminton tournament, inspired Sindhu to pick up the badminton racquet.

As a child, she did not get much chances to play with the senior players, so she was advised by renowned badminton coach Mehboob Ali to do wall practice. Nonetheless, Sindhu chose badminton and it bore fruit for not just her but an entire nation, as she became India’s first badminton player and female athlete to win a Silver medal at the Olympics. Such a career story is bound to be full of successes and sacrifices, which include Sindhu missing her class X board exams and her sister’s wedding for badminton events. 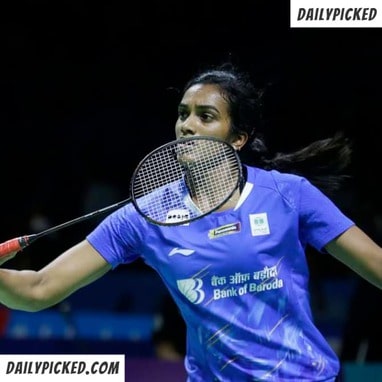 Sindhu, popularly called as India’s badminton heroine being super-busy with her training schedules and international tournaments, she managed to attend regular in Auxilium High School at her home city till 9th grade. After which all her classes were through correspondence. She missed her class X board exams because of badminton tournament in Moscow.

After that she managed to write on supplementary and passed. She holds a bachelor’s degree in commerce from St. Ann’s College for Women, Secunderabad. And pursued MBA from same college. Even though she never attended classes, she has no regrets for missing college life, she is happy about the fact that she is able to travel a lot, play badminton and enjoy different cuisines.

PV Sindhu Badminton career
She came into sudden rose after winning an Olympic silver medal at the 2016 Rio Olympics. This young athlete is known for her skills, attitude, hard work and sportsmanship. Along with Sakshi Malik and Dipa Karmakar, she made every Indian proud in the Olympics. Although, she achieved so much success in such a less time, she is a person of great humility and modesty. She is the rising princess of badminton and the rightful successor of Indian badminton legend Saina Nehwal. 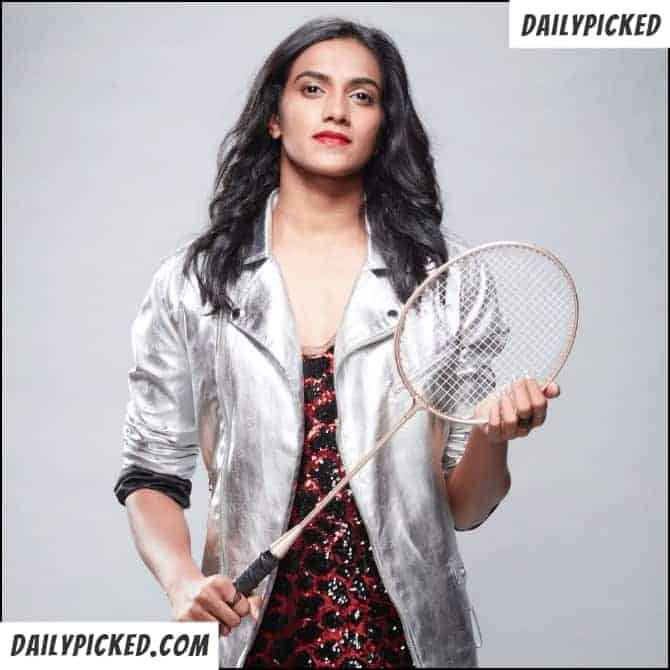 In spite of belonging to volleyball background, Sindhu chooses badminton. She got her first taste of badminton from Pullela Gopichand and drew inspiration from him. She started playing badminton when she was eight years old and later joined Gopichand’s Badminton Academy. Gopichand is key person behind the rise and shine of Sindhu. She made her international debut in 2009 in Sub-junior Asian Badminton Championships held in Colombo. 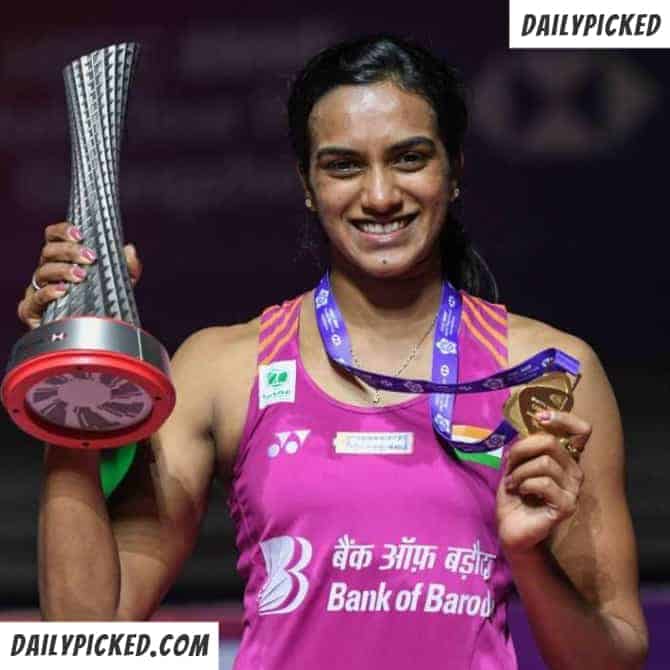 After the basic training at the badminton courts from Mehboob Ali of the Indian Railway Institute of Signal Engineering and Telecommunication, Secunderabad, PV Sindhu joined the Pullela Gopichand’s Badminton Academy. Under the guidance of Pullela Gopichand, she won many she won many titles like Under 10 years category 5th Servo All India Ranking Championship in doubles category.

She also Won under the same category, Ambuja Cement All Indian Ranking in the singles category (Under 10 year’s category). Under 13 years category Won the Singles titles at the Sub-junior in Pondicherry. At Krishna Khaitan All India Tournament she won doubles titles. Won gold medal in 51st National School Games in India in the under 14 team.

With such a brilliant early start, there was no stopping for PV Sindhu. With the expert guidance from Pullela Gopichand, she achieved many milestones in the National and International level. Some of the greatest achievements were in national and international level are the bronze medal at Sub Junior Asian Badminton Championship in Colombo in the year 2009.

She won prestigious silver medal in Women’s Singles at Iran Fajr International Badminton Challenge in the year of 2010. In 2010, She was also part of the Indian national team at the 2010 Uber Cup. At the age of 17, in 2012, she won the Asian Junior Championships a Gimcheon defeating Nozomi Okuhara in the final. she participated in the 77th Senior National Badminton Championships in Srinagar as her knee injury was unknown at that point. 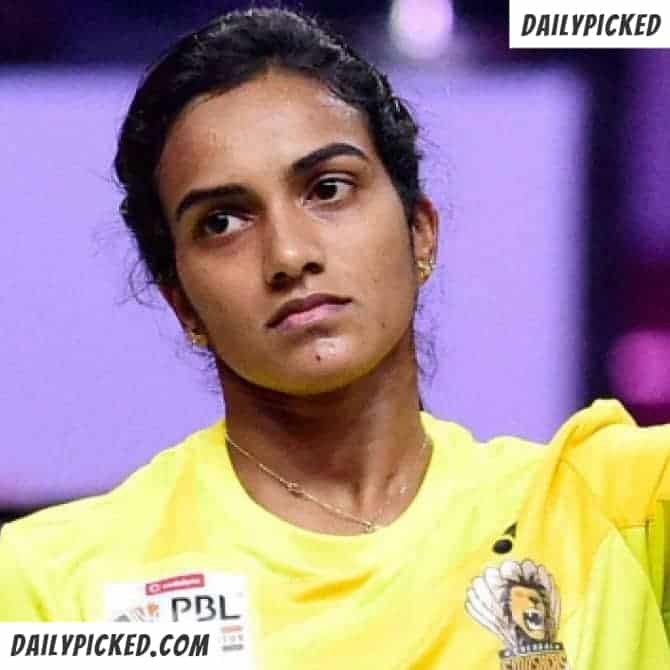 She managed to reach the finals, but was defeated by Sayali Gokhale. Following this tournament, she took rest to recover from her injury and missed the World Junior Championships. By the end of the year, the badminton ace continued to win matches and climbed to her career best ranking of 15. Her first Grand Prix Gold title came in 2013 when she defeated Singapore’s Gu Juan to clinch Malaysian Open Title.

Her form continued at the World Championships 2013 in China where she went on to become the first medalist in women’s singles competition at the tournament for India, winning the bronze medal after defeating China’s Wang Shixian.

She repeated the same feat next year, becoming the only player from India to win a medal at World Championships in two consecutive years. She also competed in her first Commonwealth Games the same year, where she reached the semifinal but lost to Michelle Li of Canada.

In 2014, she became the first Indian to win back to back medals in the World Badminton Championship. In 2015 at the Denmark Open, defeating Tai Tzu Ying, Wang Yihan and Carolina Marin along the way but lost the final to Li Xuerui. The same year, Sindhu won Macau Open and Malaysia Masters. 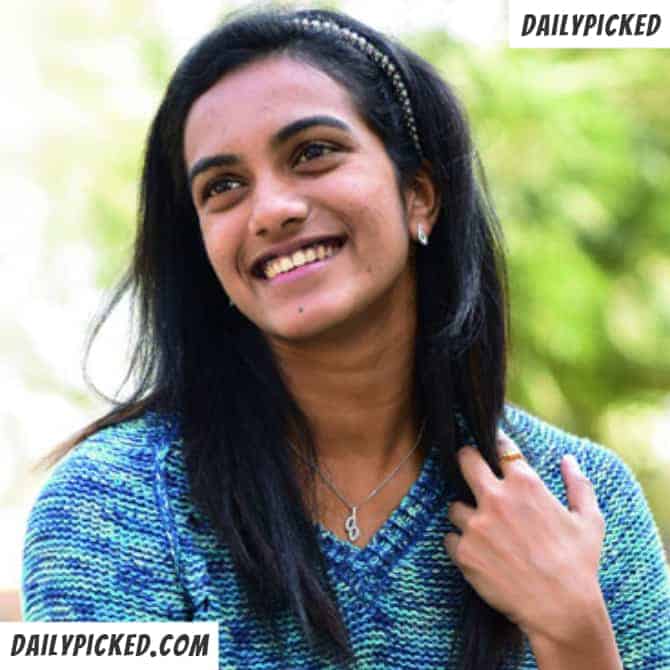 The biggest moment of Sindhu’s glorious career came in the year 2016 when she went on to become the first female athlete from India to win a silver medal at Rio Olympics. She became the fifth Indian woman to win an Olympic medal but she became a first to win a silver.
In 2017 Sindhu carried her form, despite injury woes, and went on to win India Open Super series defeating her Rio Olympics finalist Carolina Marin.

She further went on to win silver medal at BWF World Championships in the same year, losing the final against Nozomi Okuhara. She also won Korea Open Super series in the same year and earned a silver in Dubai World Super series. She is a leading in the Commonwealth Games 2018 and won silver medal in women’s singles match in the Gold Coast along with Saina Nehwal, Ashwini Ponappa, Sikki Reddy and Ruthvika Gaade. 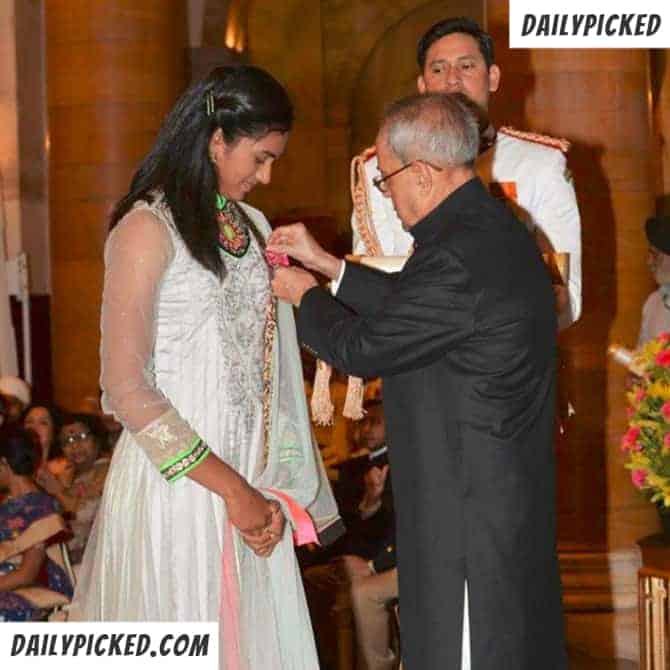 Off the court Sindhu… The world class sportswoman has scored well when it comes to brand endorsements and deal. she endorsed may brands till date.
 Fashion Forward: The online fashion store Myntra had also roped in the badminton player for its ‘End of Reason Sale’ ad campaign in 2016. The ad had also featured actor Hrithik Roshan.
 Sweet Honey: APIS India, a leading producer, distributor and exporter of honey under APIS Himalaya brand, roped in Sindhu as its brand ambassador in 2016.
 Solid Steel: Rashtriya Ispat Nigam Ltd, also known as Vizag Steel, appointed the ace badminton player as its brand ambassador in 2016. Sindhu’s playing jersey now features the company’s logo for all her domestic and international tournaments.
 The Sweet pain: Reckitt Benckiser roped in Sindhu as its brand ambassador for the pain-reliever ointment, Moov.
 Connecting People: After partnering with Amazon to launch Nokia 6, the smartphone brand chose the badminton star to endorse the device.
 Banking: Sindhu signed a three-year sponsorship contract with Bank of Baroda in 2016.
 Optimum Strength: The Olympic silver medalist became the first brand ambassador to endorse the tyre major Bridgestone India.
 Battery Power: Panasonic Batteries had roped in the 21-year old player for the next three years in a bid to improve the company’s brand image.
 Joining Forces: The Central Reserve Police Force also appointed the ace badminton player as its brand ambassador last year. India’s largest paramilitary force bestowed her with the honorary rank of Commandant.

 At present Sindhu is the face of Indian Government’s GST Bills.
 Since from July 2013, Sindhu has been employed with Bharat petroleum as an assistant sports manager with the hyderabad office.
 After the Rio Olympics medal she is promoted as deputy sports manager in Bharat Petroleum.
 As she is very hardworking person, she used to get up at 4.15 am every morning.
 She was the leader in Commonwealth games 2018 Indian parade.
 She was shifted to Gachibowli only because Gopichand academy was situated here.
 Sindhu parents were National level Volleyball players.
 Cricket legend, Sachin Tendulkar, presented her a BMW car, after she won a silver medal in 2016 Rio Olympics. Sponsored by former Andhra batsman V Chamundeshwarnath, who currently serves as the Hyderabad District Badminton Association president.
 P. V. Sindhu, who reached the final of a tier three event for the first time during the 2012 Syed Modi International India Grand Prix Gold tournament, missed her elder sister’s wedding for it. She hoped to gift the trophy to her sister, but lost the game to Linda Weni Fanetri of Indonesia.
 She missed her regular college life due to her training and sport events. However, she mentioned that travelling throughout the world more than made up for it.

Sindhu is an exemplary player and despite all the achievements she received in such a short career she still continues to do more for her and our country. She is certainly one of the best players India has ever produced. Having a player like PV Sindhu in the country is an honor.