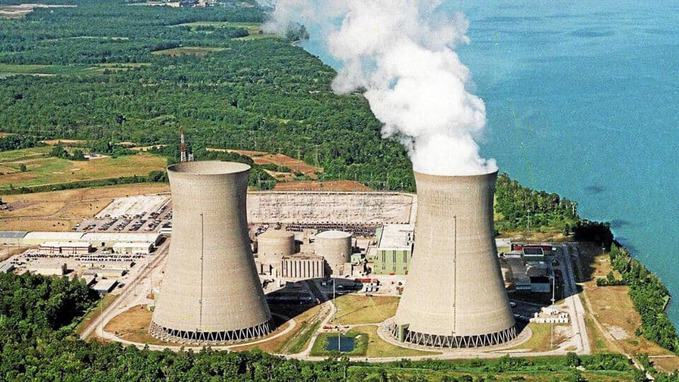 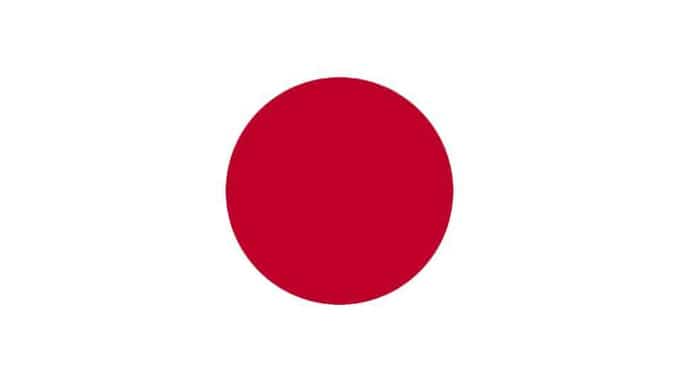 Prior to the 2011 Tōhoku earthquake and tsunami, Japan had generated 30% of its electrical power from nuclear reactors and planned to increase that share to 40%. Nuclear power energy was a national strategic priority in Japan. Japan’s first-ever nuclear emergency was declared, and 140,000 residents within 20 km (12 mi) of the plant were evacuated. As of May 2018, there are 39 operable reactors in Japan. Of these, 9 reactors in 5 power plants are currently operating. 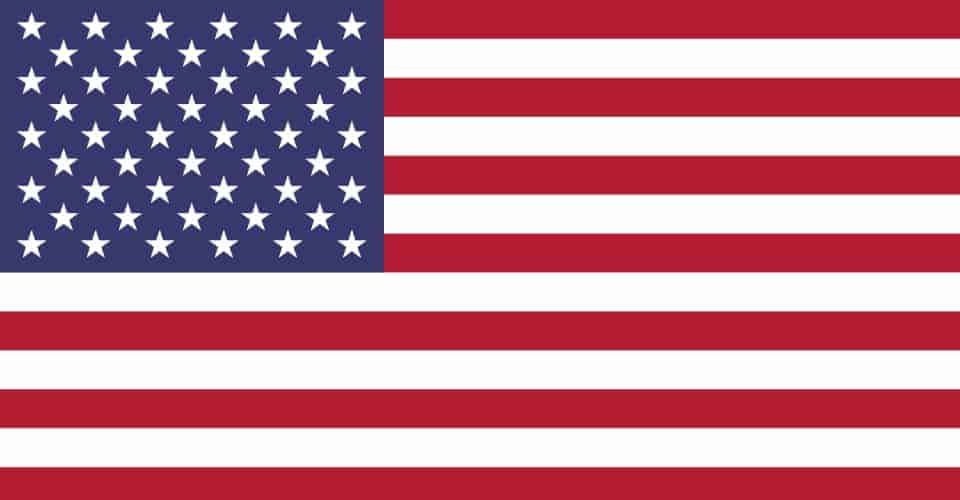 Nuclear power in the United States is provided by 99 commercial reactors with a net capacity of 100,350 megawatts (MW), 65 pressurized water reactors and 34 boiling water reactors. In 2016 they produced a total of 805.3 terawatt-hours of electricity, which accounted for 19.7% of the nation’s total electric energy generation. As of September 2017, there are two new reactors under construction with a gross electrical capacity of 2,500 MW, while 34 reactors have been permanently shut down. The United States is the world’s largest producer of commercial nuclear power, and in 2013 generated 33% of the world’s nuclear electricity. 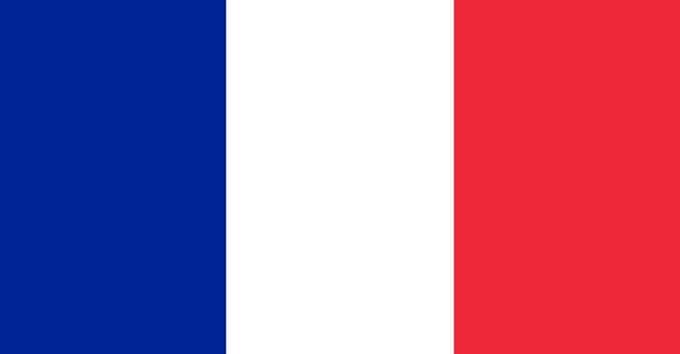 Nuclear power is the largest source of electricity in the country, with a generation of 379.1 TWh, or 71.6% of the country’s total production of 519.4 TWh, the highest percentage in the world. Électricité de France (EDF) – the country’s main electricity generation and distribution company – manages the country’s 58 power reactors. As of 2015, France’s electricity price, excluding taxation, to household customers is the 12th cheapest amongst the 28 member European Union. Russia is one of the world’s largest producers of nuclear energy. In 2018 total electricity generated in nuclear power plants in Russia was 202.87 TWh, 20.8% of all power generation. The Russian nuclear industry employs around 200,000 people. Russia is recognized for its nuclear disaster expertise and for the safety of its technology. 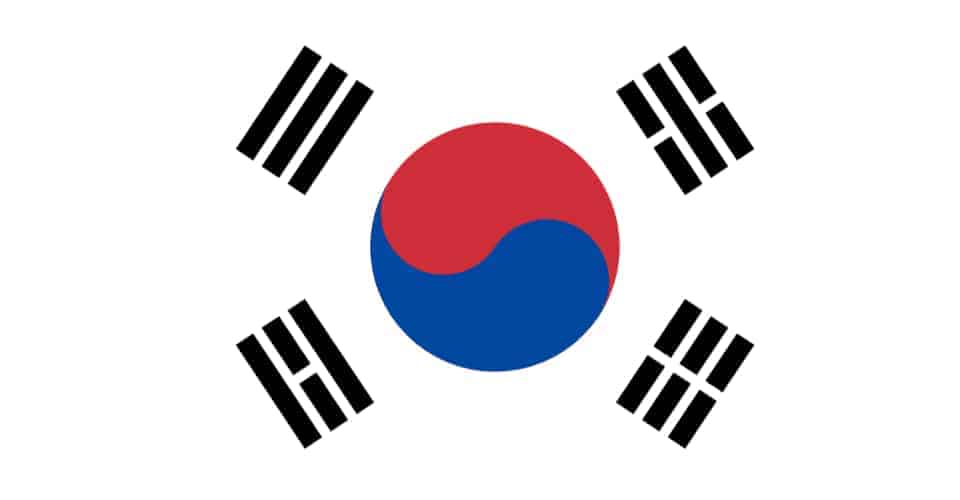 The three reactors currently under construction will be completed, but the government has decided these will be the last built, and as the existing plants close at a 40 years end-of-life they will be replaced with other modes of generation. In 2012 South Korea had plans for significant expansion of its nuclear power industry, and to increase nuclear share of generation to 60% by 2035.

Eleven more reactors were scheduled to come on stream in the period 2012 to 2021, adding 13.8 GWe in total. However, in 2013 the government submitted a reduced draft plan to parliament for nuclear output of up to 29% of generation capacity by 2035, following several scandals related to falsification of safety documentation. 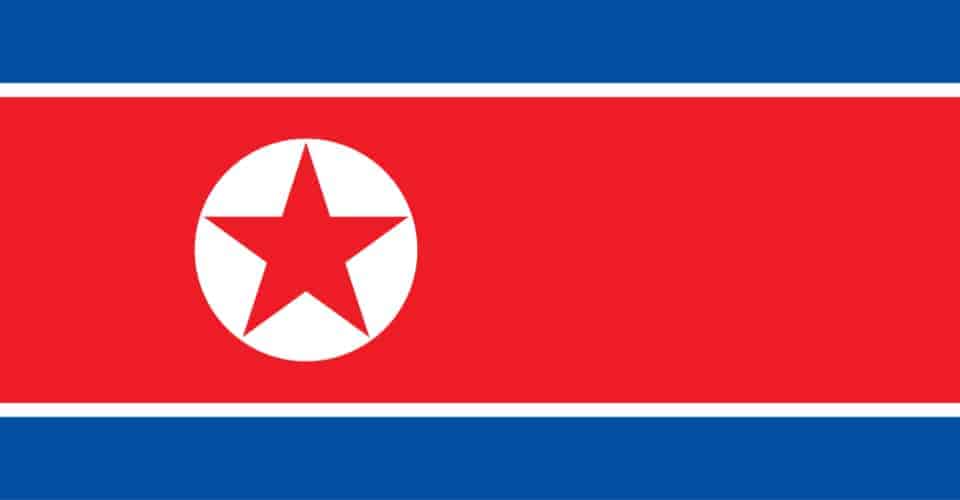 North Korea (DPRK) has been active in developing nuclear technology since the 1950s. Although the country currently has no operational power-generating nuclear reactor, efforts at developing its nuclear power sector continue. Moreover, North Korea has developed nuclear weapons. It conducted what are widely accepted to have been nuclear tests in 2006, 2009, 2013, 2016, and 2017. In September 1959, an agreement on the use of nuclear power was signed with the Soviet Union in Moscow, and the dispatch of a scientist from North Korea to the Soviet Union became a systematic step forward. 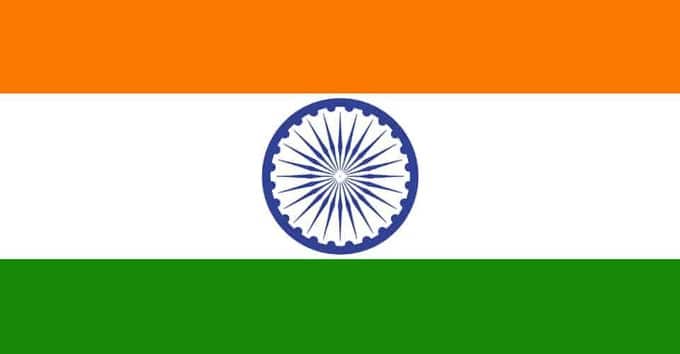 Nuclear power is the fifth-largest source of electricity in India after coal, gas, hydroelectricity and wind power. As of March 2018, India has 22 nuclear reactors in operation in 7 nuclear power plants. In October 2010, India drew up a plan to reach a nuclear power capacity of 63 GW in 2032, but after the 2011 Fukushima nuclear disaster in Japan people around proposed Indian nuclear power plant sites have launched protests, raising questions about atomic energy as a clean and safe alternative to fossil fuels. India has been making advances in the field of thorium-based fuels, working to design and develop a prototype for an atomic reactor using thorium and low-enriched uranium, a key part of India’s three stage nuclear power programme. 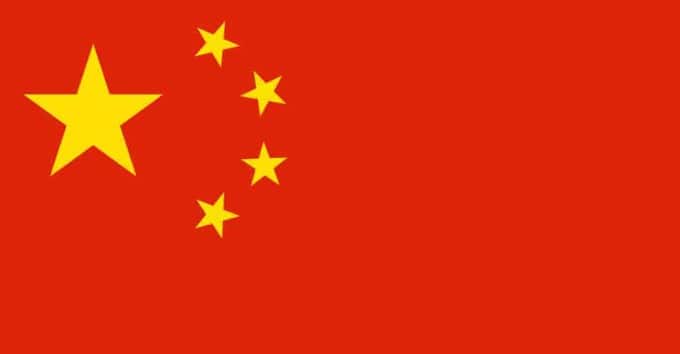 As of March 2019, China has 46 nuclear reactors in operation with a capacity of 42.8 GW and 11 under construction with a capacity of 10.8 GW. China ranks third in the world in total nuclear power capacity installed. Around one tenth of global nuclear power is generated in China. Due to increasing concerns about air quality, climate change and fossil fuel shortages, nuclear power has been looked into as an alternative to coal. China’s National Development and Reform Commission has indicated the intention to raise the percentage of China’s electricity produced by nuclear power from the current 3% to 6% by 2020. Following the Fukushima Daiichi nuclear disaster in Japan, China announced on 16 March 2011, that all nuclear plant approvals were being frozen, and that ‘full safety checks’ of existing reactors would be made. Nuclear power in Canada is provided by 19 commercial reactors with a net capacity of 13.5 Gigawatts (GWe), producing a total of 95.6 Terawatt-hours (TWh) of electricity, which accounted for 16.6% of the country’s total electric energy generation in 2015. Canadian nuclear reactors are a type of pressurized heavy-water reactor (PHWR) of indigenous design, the CANDU reactor. CANDU reactors have been exported to India, Pakistan, Argentina, South Korea, Romania, and China. Canada has an active anti-nuclear movement, which includes major campaigning organizations like Greenpeace and the Sierra Club. Over 300 public interest groups across Canada have endorsed the mandate of the Campaign for Nuclear Phaseout (CNP). 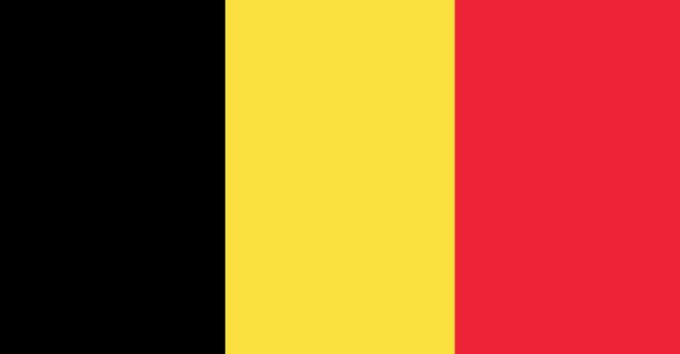 Electricity consumption in Belgium has increased slowly since 1990 and in 2016 nuclear power provided 51.3%, 41 TWh per year, of the country’s electricity. The country’s first commercial nuclear power plant began operating in 1974. Belgium decided to phase out nuclear power generation completely by 2025. Although intermediate deadlines have been missed or pushed back. There are two commercial nuclear power plants operational with seven reactors. One is the Doel Nuclear Power Station on the Scheldt river, near the port of Antwerp and, the second is Tihange Nuclear Power Station on the Meuse river. 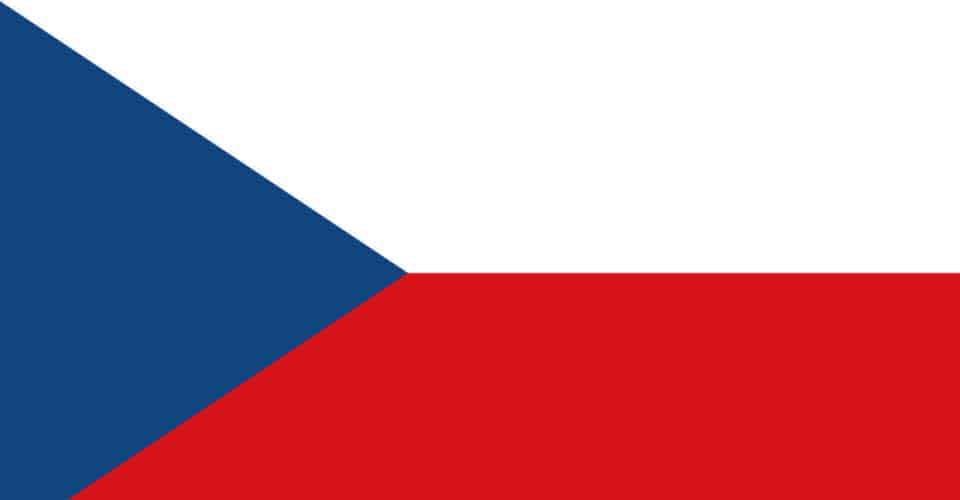 The Czech Republic operates two nuclear power plants: Temelín and Dukovany. In 2010 there were government and corporate moves to expand Czech nuclear power generation capacity. The Czech Republic and Austria have had disagreements concerning the Temelín Nuclear Power Station only 50 km from the Czech–Austrian border. Austria had threatened the Czech Republic with difficulties in joining the EU if the plant was commissioned. Other opponents to this power plant claimed that it had the same design as the Chernobyl. The Czech Energy Policy of 2004 envisaged building two or more large reactors to replace Dukovany power plant after 2020. In 2008, a poll found that 64% of Czechs agree with the use of nuclear power, the highest level of support of the 27 EU countries surveyed, alongside Lithuania. Those living near nuclear waste storage facilities argue that proposals for expansion of nuclear power block development of such areas, discourage investment and make the areas unattractive for tourists. 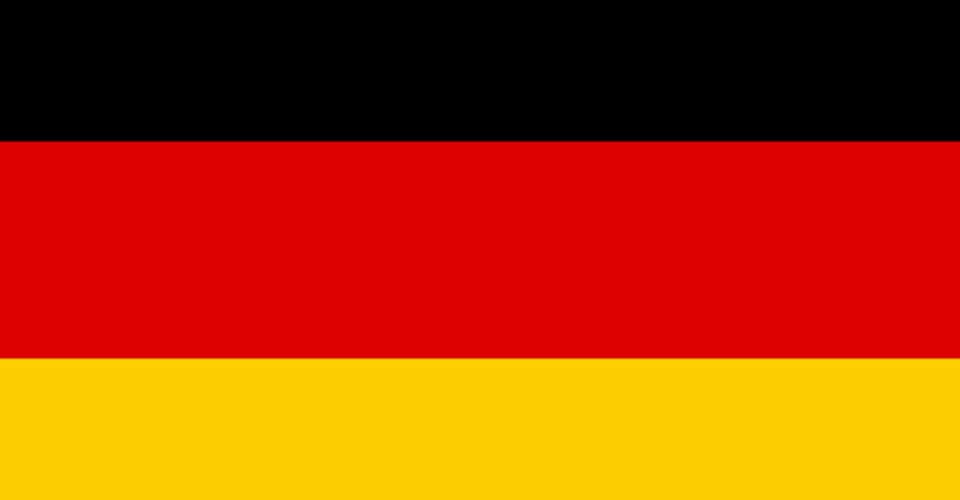 Nuclear power in Germany accounted for 11.63% of electricity supply in 2017 compared to 22.4% in 2010. Nuclear power has been a topical political issue in recent decades, with continuing debates about when the technology should be phased out. The anti-nuclear movement in Germany has a long history dating back to the early 1970s, when large demonstrations prevented the construction of a nuclear plant at Wyhl. Eight of the seventeen operating reactors in Germany were permanently shut down following Fukushima. 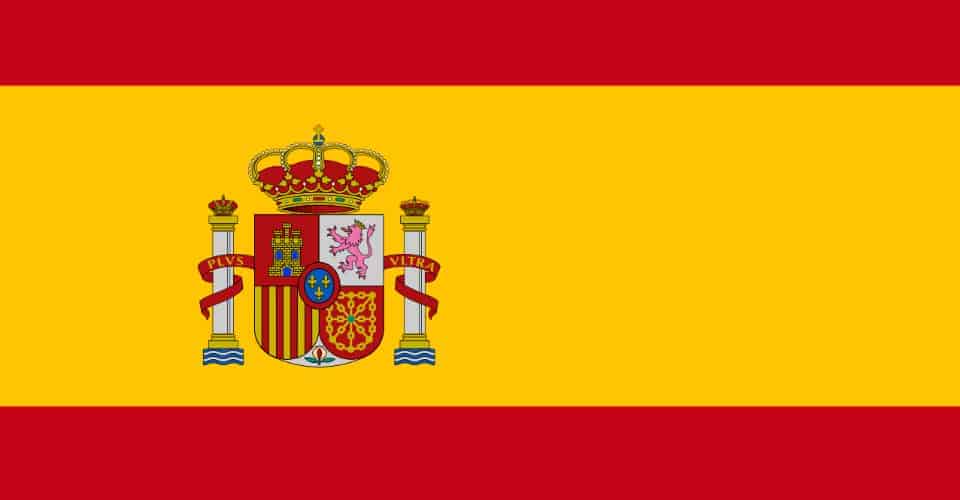 Spain has five active nuclear power plants with seven reactors producing 21% of the country’s electricity as of 2013. In 1964, Spain began construction on its first of three nuclear reactors and completed construction in 1968. This became the first commercial nuclear reactor. In the 1970s, Spain began construction on seven second generation reactors, but only completed five. A moratorium was enacted by the socialist government in 1983. Spain stopped the building of new nuclear power plants in 1984. The first generation of nuclear plants in Spain were all turnkey projects, including the José Cabrera Nuclear Power Plant and the Vandellòs Nuclear Power Plant, followed by two more generations. 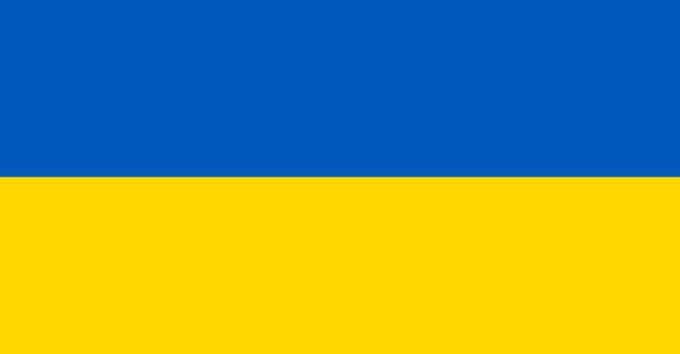 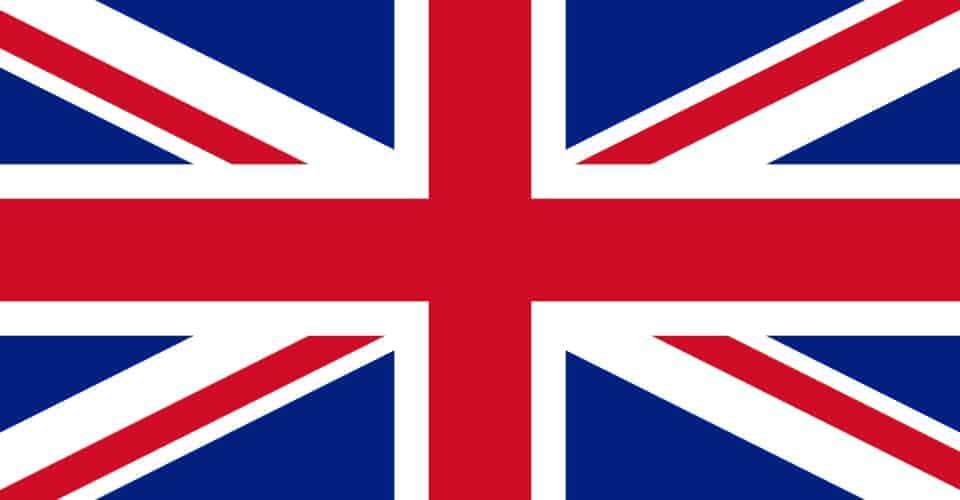 Nuclear power in the United Kingdom generates around a quarter of the country’s electricity as of 2016, projected to rise to a third by 2035. The UK has 15 operational nuclear reactors at seven plants. The United Kingdom established the world’s first civil nuclear programme, opening a nuclear power station, Calder Hall at Windscale, England, in 1956. At the peak in 1997, 26% of the nation’s electricity was generated from nuclear power. Since then several reactors have closed and by 2012 the share had declined to 19%. 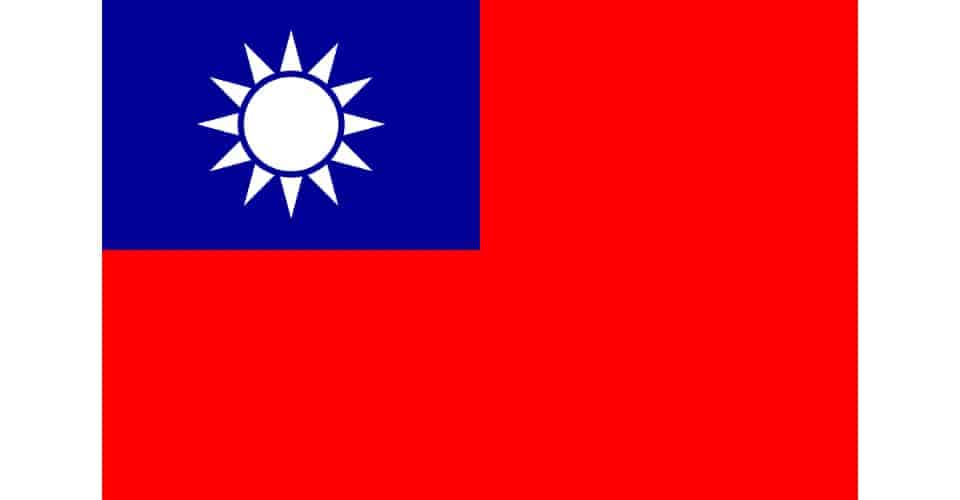 Nuclear power in Taiwan accounts for 5,028 MWe of capacity by means of 3 active plants and 6 reactors, which makes up around 8.1% of its national energy consumption, and 19% of its electricity generation as of 2015. Two of the operational plants are Kuosheng Nuclear Power Plant and Maanshan Nuclear Power Plant. 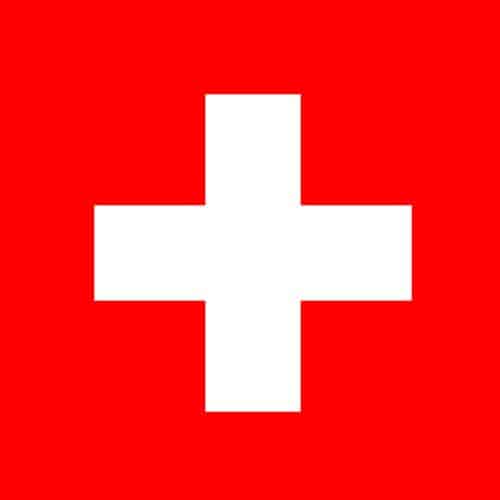 Nuclear power in Switzerland is generated by four nuclear power plants, with a total of five operational reactors. In 2013, they produced 24.8 terawatt-hours (TWh) of electricity, down 5.8% from 2007, when 26.4 TWh were produced. Nuclear power accounted for 36.4% of the nation’s gross electricity generation of 68.3 TWh, while 57.9% was produced by hydroelectric plants and 5.7% came from conventional thermal power stations and non-hydro renewable energy sources. Slovakia has four operational nuclear reactors, commissioned between 1984 and 1999 and with a combined net power capacity of 1,815 MWe. Nuclear power produces approximately 52% of the country’s electricity. Of Slovakia’s seven reactors, the three oldest ones have shut down. 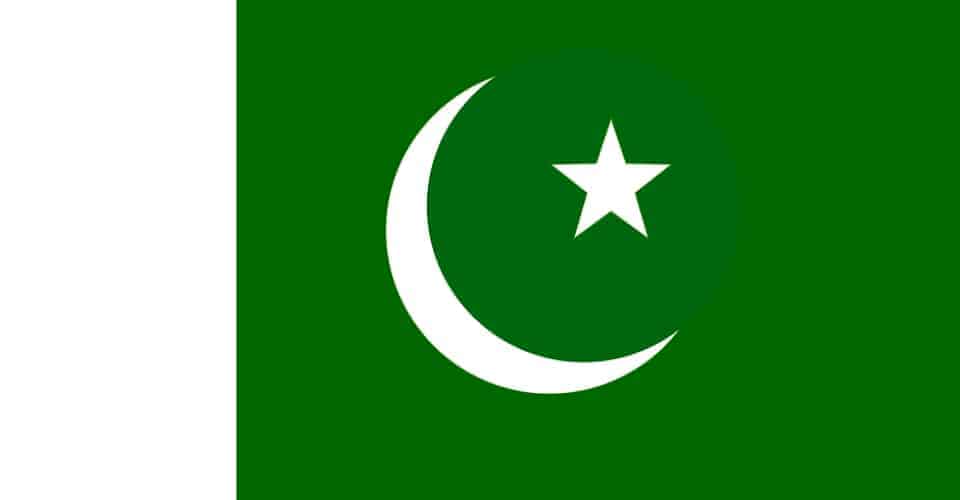 As of 2019, Finland has four nuclear reactors in two power plants, all located on the shores of the Baltic Sea, and providing about 30% of the country’s electricity.[1] The first reactor came into operation in 1977. A fifth reactor is under construction, scheduled to begin commercial operation in January 2020, and a sixth reactor is planned. If all planned projects are completed, the share of electricity produced by nuclear could double by 2025, reaching around 60%. Finland’s nuclear reactors are among the world’s most productive, with average capacity factors of 94% in the 1990s.