Tom and Jerry is an American animated series of comedy short films created in 1940 by William Hanna and Joseph Barbera. The main protagonist, Tom was a blue-grey longhair cat while Jerry, the second protagonist, was a small and brown, house mouse.

The physical appearances of both Tom and Jerry were evolved over the years. The series developed into a quicker, more energetic tone. Though the original theme of the series, cat chases mouse, remained the same, Hanna and Barbera came up with numerous variations on this theme. 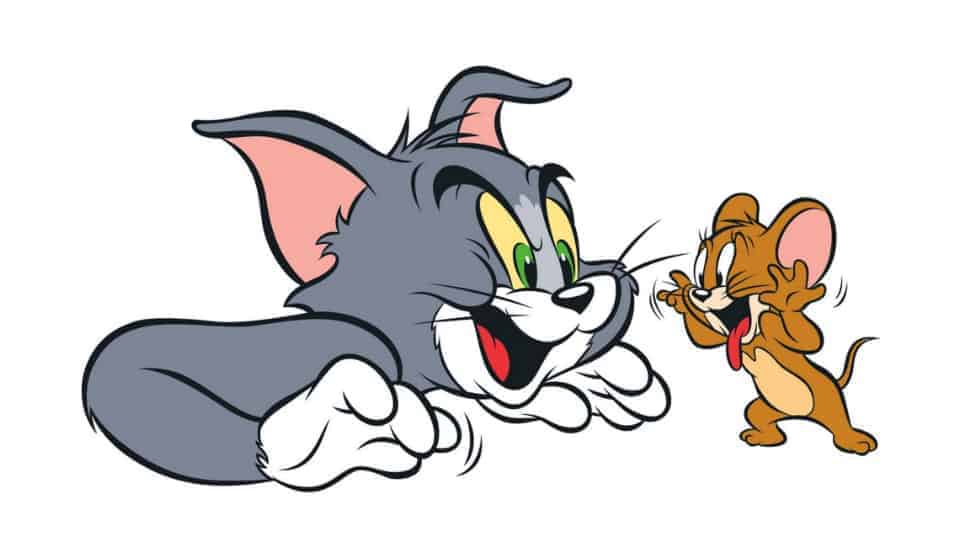 In each short Tom is shown trying unsuccessfully trying to catch Jerry. In some shorts they both are seen as going along very well and there is no particular reason shown as to why Tom is always desperately chasing Jerry all the time but irrespective of the reason the chase given by Tom to Jerry has always been admired by viewers.

In most cases Tom is unable to catch Jerry simply because Jerry is smarter and more cunning than Tom. Music has always played a very important role in all the Tom and Jerry shorts enhancing the emotions in the scenes. The music for the shorts was created by music director Scott Bradley. 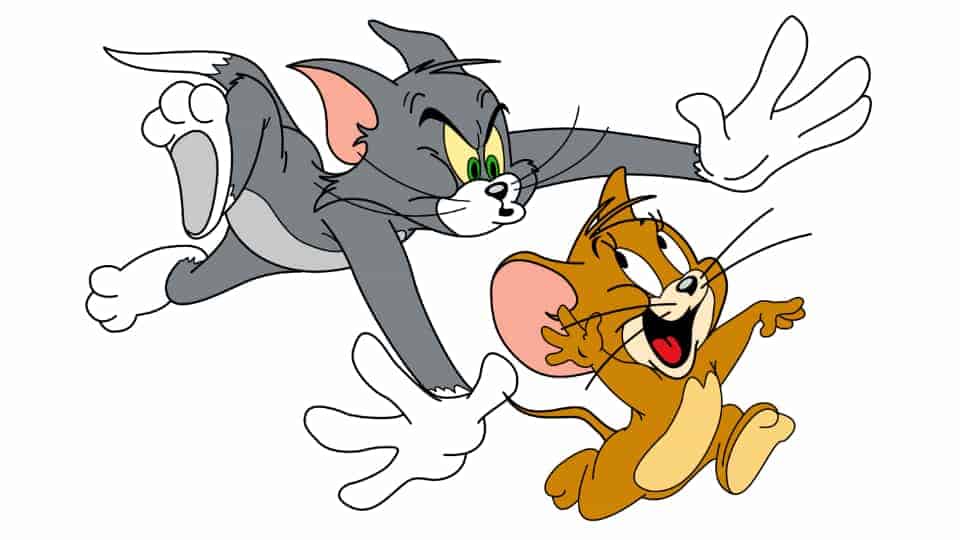 Tom, the cartoon cat and Jerry, the house mouse are still going at each other with a stick, an axe, a bomb, a saw, a weight dropped on the head or 10,000 other forms of dispatch, none of which has a fatal result.

In 1940, war had started in Europe and would follow for the US in December 1941. Depression-era audiences liked the more adult stories that Warners was putting out, in which firearms were often present (duck and and wabbit hunting was a mainstay). Disney’s internal rules prohibited piercing of the cartoon body with sharp instruments.

They stayed close to the rules of physics, aiming for realism but with exaggeration. The curious thing about all this is the affection between them, despite the pain. The cartoon seemingly has an interminable history which can be divided into different eras based on the producers and the style of animation. 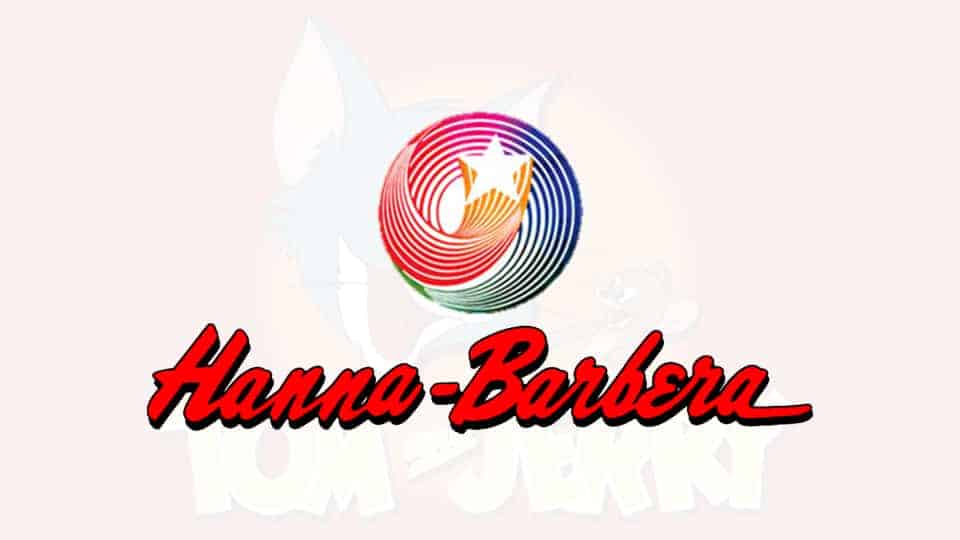 There had already been enough cat & mouse cartoons. Regardless, Hanna-Barbera stood their ground, and Tom & Jerry made their debut in February 1940 in the short Puss Gets the Boot. But they were yet to become Tom and Jerry. On their introduction, they were Jasper and Jinx. The short was an instant hit but the names were not.

Hanna-Barbera offered studio employees a monetary prize to come up with the best name and that’s how Tom & Jerry were born. In its original run, Hanna and Barbera produced 114 Tom and Jerry shorts for Metro-Goldwyn-Mayer studio in Hollywood from ‘40 to ‘58. During this time, they won seven Academy Awards for Animated Short Film, tying for first place with Silly Symphonies with the most awards in the category.

Barbera and Hanna went for stylization and more graphic violence. In the first cartoon, Jerry punches Tom directly in the eye – a sign of things to come. In their otherwise domestic life, war is a constant, and all weaponry, sharp or not, can be used. After the MGM cartoon studio closed in 1957, MGM revived the series with Gene Deitch directing an additional 13 Tom and Jerry shorts from 1961 to 1962.

These 13 differed from Hanna-Barbera’s original in their settings. Unlike the originals that were set inside or outside a house, these 13 shorts moved to more exotic locations including a whaling ship, jungles of Nairobi, Ancient Greek acropolis, and the Wild West. Chuck Jones, the man behind Looney Tunes’ Wile E Coyote and Roadrunner started his own studio and produced another 34 shorts between ‘63 and ’67. Jones brought his characteristic style to the characters.

The Tom and Jerry Show

Barbera and Hanna returned in ’75 with their own show but there were some visible differences. There were strict new rules against violence in kids’ television.

This meant that the amount and form of violence had to be toned down, and often the sworn enemies had to become best friends or at least help each other.

These 48 seven-minute short cartoons were paired with Grape Ape and Mumbly cartoons which initially ran on ABC Saturday mornings between September 1975 and September 1977. 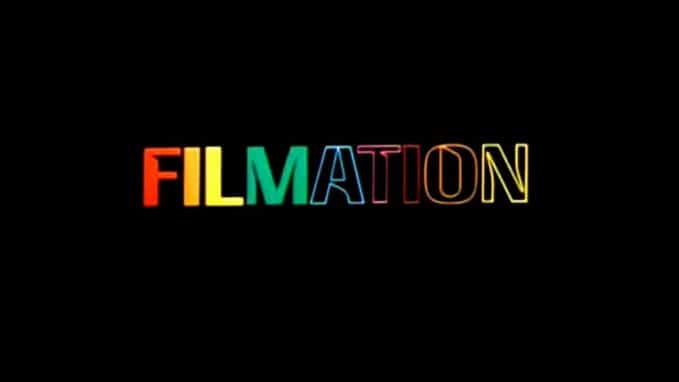 Co-produced by Turner Entertainment Co. and Hanna-Barbera Productions, the new show debuted on Fox Kids and for a few years, aired on British children’s block, CBBC. It featured a youthful version of the famous cat-and-mouse duo chasing each other.

Weekend television cartoon in the 1980s & 90s saw the emerging trend of ‘babyfication’ or popular cartoon characters. Tom &  Jerry also joined the bandwagon, and the series featured a bow-tie wearing Jerry and a red cap-wearing Tom chasing each other. Thirteen half-hour episodes were produced, with only markets outside of the United States and United Kingdom signed up. The show then came to the UK in February 2006 on Boomerang, and it went to the U.S. on Kids’s WB on The Cartoon Network but the series was canceled in 2008.

Cartoon Network, which began rerunning the Tom and Jerry Tales in January 2012, subsequently aired a second series consisting of two 11-minute shorts per episode that likewise sought to maintain the look, core characters and sensibility of the original theatrical shorts. 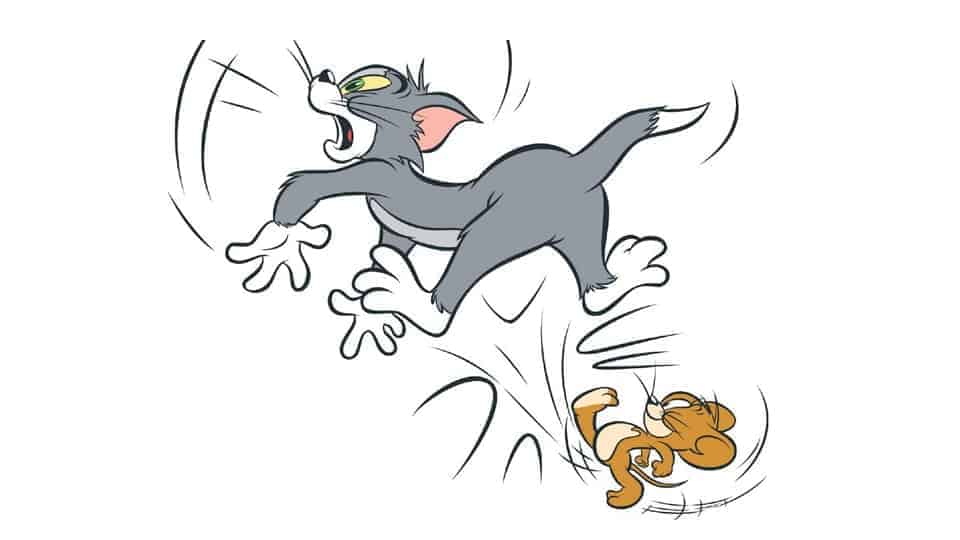 Some animations are hard to kill which is why comics, comic strips and video games of the cartoon still exist. Of course, the real reason they have lasted so long in our affection is the level of invention in Hanna and Barbera’s early work. They made 114 cartoons in over 17 years, and these are still the best.

The series was said to be better animated and more thoughtfully conceived saying something true about human nature which is why in January 2009, IGN named Tom and Jerry as the 66th best in the Top 100 Animated TV Shows.

The latest installment of the two characters have been in the form of feature films Tom and Jerry: Back to Oz (2016) and Tom and Jerry: Willy Wonka and the Chocolate Factory (2017). The fans can also expect a new film in 2021, details for which are yet to be announced.

A: Click Here to Watch All Episodes of Tom and Jerry

A: Tom and Jerry was created in 1940 by William Hanna and Joseph Barbera

Also Read : 9 Best English Newspapers In India, For Students & Everyone